I have a question for you. In the past year, have you thought about asking for a pay raise or a salary negotiation? (And did you talk yourself out of it because it seems like the timing’s wrong… or whatever?)

Maybe it’s because you need it. Or maybe you just want it. Maybe the pay you signed on with just doesn’t match what you bring to the table anymore so you want to negotiate your salary.

Maybe you’ve grown, you’ve helped your company grow, and you now want your income to grow too.

Or maybe you have friends who make it look so easy to move upwards through their career, and you realized that you’ve never been bold enough to ask for what you really want.

But then you get all up in your head:

And with those what if’s in mind, it’s easy to talk yourself out of what you really want.

And just like that, you question yourself out of the salary negotiation and out of getting what you really want.

Unless you make a change.

So if you truly deserve that pay raise, I want to give you (and your over-analytical mind) a few steps and phrases that will make the salary negotiation easy.

First – Prepare for the salary negotiation.

Make sure you work in a company that supports your growth.

This step is easy to overlook but your workplace has to be growth-minded. Otherwise, you’ll always be catching up instead of growing.

It could be that your company cares more about the status quo than expanding. In this case you should still have the conversation, but keep your options open.

Be the best employee before asking for a pay raise

Getting a pay raise is not just about you. It should feel like a win-win for both you and your boss. Be the kind of employee they want to keep around. Make sure you’re the type of employee who goes above and beyond. (And be sure to be able to articulate where you’ve gone above and beyond.)

Have a “brag-sheet” that backs up:

If you’re looking at your achievements so far, and don’t feel like they’re much to “brag” about, then start seeking opportunities to prove yourself as a great employee over the next 6 months.

You should have a clear idea of how your salary compares to the rest of your industry. (By the way, this should be relevant to your location.)

The research step is crucial. Consult multiple sources and have a printout for your meeting. The way you approach your pay raise conversation may be dramatically different if you’re below industry average vs. above.

Do some fear-setting about salary negotiations

Some people make salary negotiations look as natural as breathing. And some of us will find every excuse under the sun to avoid it.

Whenever I find myself putting something off, it’s usually due to an underlying fear of some sort. Trouble is, it doesn’t feel like fear. It feels more like procrastination or excuses. Whenever I catch myself in this state, I do an exercise called fear-setting (coined by Tim Ferriss, it’s kind of like goal-setting but in reverse) this is roughly how it goes:

Once you see it all on paper, you’ll understand that the things you’re afraid of or that you’re putting off are something you can handle. But then there’s one more part:

Here’s an example.
1. The worst-case scenario of asking for a pay raise is being told “no”, but not only that, being told that  I don’t deserve it and I should have known better than to ask.

2. If that happens, I could respond by asking for feedback on where I could improve so that I would deserve it.

3. I could also mitigate those feelings by not having any expectations, but by asking for an action plan instead.

4. The cost of not following through now would be a nagging feeling like I’m just putting this off year after year.

Specifically rehearse asking for the pay raise (see below.) If asking for it feels awkward, either keep repeating it until it feels natural, or find a more natural way to say it that’s still direct. And keep rehearsing.

Also read: How to prepare for a high-stakes presentation

You have to say it like you mean it.

Okay. Now that you’ve done everything you can to prepare – it’s time for the pay raise talk.

A salary negotiation conversation is important so it shouldn’t happen on a drive-by basis. Understand that your manager needs to feel prepared too. If you go into the conversation and they can’t respond because they’re not prepared, then it’s not much of a conversation.

You can approach your manager either in person or by email to say you want to schedule some time to discuss your growth and performance. Give the conversation at least 30 minutes.

It may not take as long as that, but you don’t want your manager showing  you out the door before you’ve reached any kind of resolution just because they have another meeting to get to.

Be the one to send a calendar invite or check in with their assistant that it doesn’t conflict with anything else.

When to have this conversation?
Always think ahead and use landmarks as jump-off points.

2. Approach your salary negotiation from a sense of curiosity.

A sense of curiosity is the opposite of demands or expectations. It leads to an open conversation instead of a hard win-lose “negotiation.”

Here are some phrases that evoke a sense of curiosity:

Does saying that make you feel calmer, more at ease? Good. That’s the point.

3. Have the pay raise conversation

State why you’re there

Don’t beat around the bush. Put it out there.

“I wanted to open the door to a conversation about salary and benefits. I noticed that our industry average is $X. I’m wondering if we can explore raising my salary.”

Be firm and direct.

Explain the research you’ve done and how you evaluate yourself within your team. Spell it out. Don’t leave it to be implied. Help your manager understand why you deserve the raise. (Remember that they have to justify your pay raise to their boss too! Make it easy for them!)

Then give your manager a tangible number.

“I wanted to discuss updating my salary and I think $X would be a fair number.”

At the same time, show a little flexibility by bringing your manager into the conversation:

“Do you have any thoughts on this?” or “Does this fall in line with how you view our team and my place in it?” or even “What would it take for that to happen?”

If you make a wishy-washy request, you’ll get wishy-washy results. Don’t say “I was hoping for something a bit higher.” If you’re dancing around the subject, it might appear that you’re underprepared.

Oftentimes, the conventional “negotiation advice” says to never be the first person to give a number. “The first person to speak – loses” it goes. The thinking is that perhaps your manager was going to offer something higher.

However, this may just lead to beating around the bush and possibly even an awkward conversation. Just say what you want.

Ask for the higher number in the range.

If your research shows a salary range – ask to be in the top of that range, not the middle – because you’ll likely be counter offered a lower number anyway. (If you feel too awkward asking – then PRACTICE!)

Remember that a salary negotiation conversation is not just about you. Make sure you understand your manager’s concerns and move from there.

Yes, they will likely cite some constraints. Don’t look at it as the end of the conversation. It’s just the beginning. But your manager will be more open to having the discussion if you show that you understand them.

“I understand our team’s budget concerns this year. What could I do on my end to make a pay raise worthwhile?”

Be prepared for the tough questions.

If you’ve done your homework and rehearsed, the tough questions shouldn’t be so tough. But in any case, focus on the intent of the question when answering it.

Perhaps what your manager really wants to know is that you’re committed to staying with the company for the long-term. Don’t get caught off-guard. You can always ask them to clarify what they mean or ask them for what they’re looking for. It is, after all, a conversation.

The exact thing you’ll say will vary depending on how the conversation went. But what I know for sure is that you will probably feel a rush of adrenaline towards the end and leave with an “okay thanks.”

Not so fast. Be sure to ask for the following:

If you got the pay raise you wanted:

“I’m really glad we had this discussion. What can I do now to really make it worthwhile?”

If you did not get the pay raise you wanted:

If you get a no (or something way lower than what you were expecting), don’t take it personally and remember that this is just a starting point.

First, ask “Is this open to further discussion?” Likely, this is just their starting point.

You can try pushing the conversation further with:

“At this point in my career, after X years of experience and completing X projects, I was thinking that a salary of $Y would be fair. What could we do in the near future to make that happen?”

Also find out what else is on the table that could make this conversation win-win and be of even more value to you. Think vacation time, education or mentorship opportunities, more exciting projects, or any other workplace perks. You can approach it with:

“Aside from pay, what other benefits could be on the table to make this conversation more win-win?”

If it truly is bad timing for a salary negotiation…

Hey. Anyone can get it wrong. Just remember to not take it personally and keep approaching it from curiosity.

By bringing up what you want now, you’re putting yourself on your manager’s radar for future opportunities. And now that you’re on their radar – keep making a good impression.

Try these phrases to keep the conversation open:

DON’T make it personal. DON’T become emotionally attached to your salary. DON’T give yourself a case of comparisonitis.
Attaching your value to your income will lead you to make rash emotional decisions, or even demands instead of asks. So instead of making it personal, keep it curious!

DON’T treat your manager like an adversary
Sometimes we treat a negotiation like a tug of war with a winner and a loser. Instead, make it win-win. Remember that your manager has to justify your salary bump too, so make it a flowing conversation.

DON’T make this about your needs or get too personal.
Your manager should feel like they’re investing in their team by giving you a pay raise. They won’t feel that way if you just talk about your problems.

DON’T make any ultimatums
Part of making it emotionally charged, sometimes we feel cornered into leaving. No one is cornering you but yourself.

DON’T sell yourself short and DON’T assume the answer will be No
Then you’ll just talk yourself out of a pay raise forever!

DON’T combine the conversation with something else
When we feel awkward, it can be tempting to start talking about something more “productive.” Resist that temptation!

DON’T take a NO personally – see it as a place to improve
Both as an employee and as a negotiator, each tough conversation is a stepping stone to a better you!

And DO Say Thank you.
Whatever the outcome, don’t forget to say thank you. A little graciousness never hurt anybody.

To recap – asking for a pay raise or salary negotiation:

Prepare for the pay raise conversation

Have the pay raise conversation

Wrap up and have an action plan

Negotiation Do’s and Don’ts from HBR 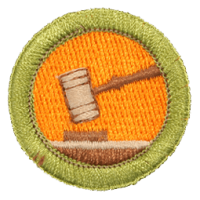 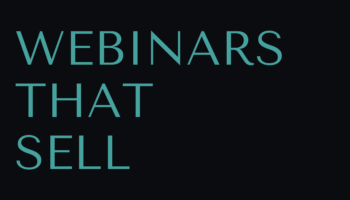 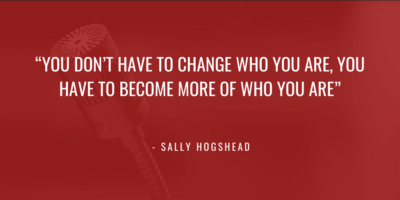 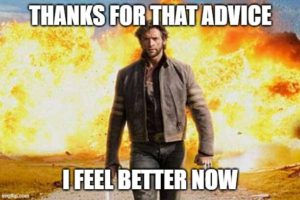